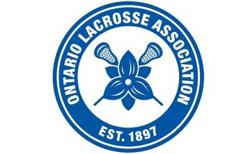 HOW DO YOU APPLY FOR A RELEASE?

The Player must first be registered (including payment) with GLA.  The Player or Parent/Guardian must complete section 1 of the Ontario Lacrosse Association (OLA) Release Request Form below and deliver it to the GLA President (Stephanie Pagan), with a copy also being sent to the Zone 5 Director (Greg Rampley).

GLA will respond within 72 hours to acknowledge receipt of the request and notify the player/guardian of the date & time of the release hearing.  Release requests will be reviewed following competitive tryouts.

The GLA has two options following the release hearing:

If the release is denied by the GLA:

If the release is granted at any point:

In the event a release is granted, the GLA Refund/Cancellation policy will apply (i.e. withdraw/refund registration will be subject to a $35 administration fee).  E-payment fees associated with online registrations are non-refundable.